We see nurse symbols around us all of the time, and we likely don’t think twice about them. The symbols are on nursing pins, medical jewelry, scrub tops, pens, and badge holders.  Nursing symbols like the lamp have even used them at our pinning ceremony, but we may not know the reason behind them. We know that they indicate a nurse, but do we know where they come from? Do we know what they mean? 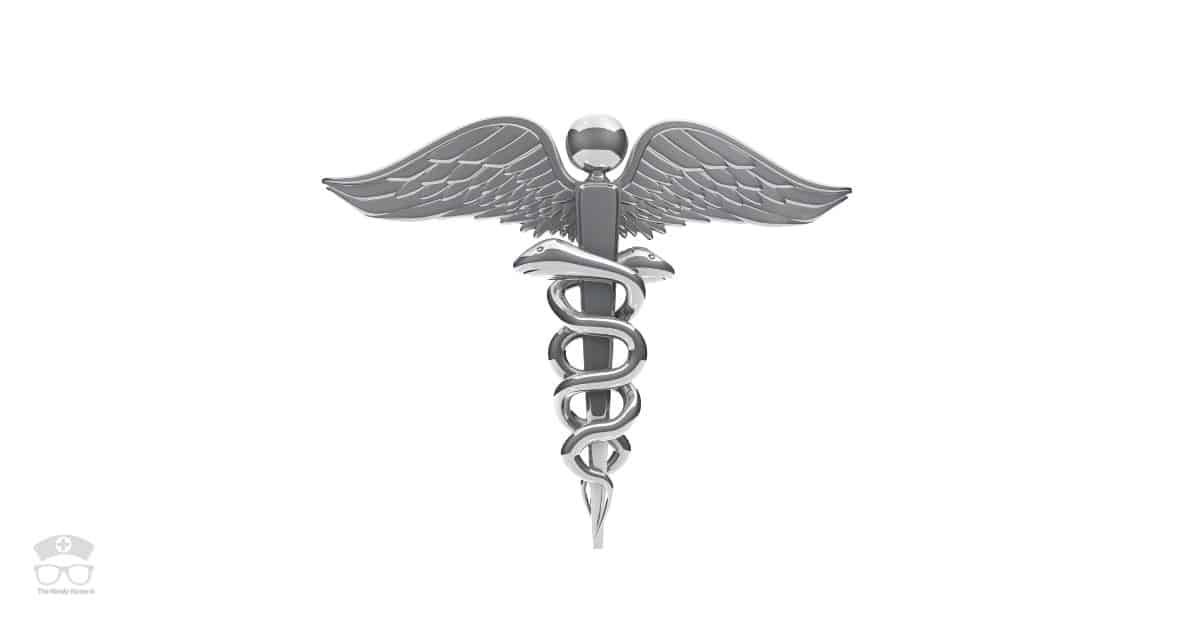 We’ve already discussed the history of the nursing profession. Now we can take a look at nurse symbols. After taking a closer look at some of the most common nurse symbols, I learned quite a bit more about nursing and where it originated from. It also excites me to know that I get to be a part of such a renowned and historically amazing profession. I hope that you will find it just as interesting!

Florence and her Nurse Symbols

The Florence Nightingale nurse symbol is one of the most iconic symbols of nursing. The mother of nursing herself There are volumes written about Florence Nightingale and her contribution to nursing, so I would be remiss to not mention anything about her. We’ve even featured a post dedicated to Florence Nightingale quotes. This woman sensed from an early age that nursing was her “calling from God”, and today is considered the pioneer of modern nursing due to her courageousness and devotion to nursing soldiers back to health during the Crimean War (1853-1856).

The Lady with the Lamp – An Iconic Nurse Symbol

During this war, she earned herself the nickname “the lady with the lamp” because she stayed up late at night checking the ailing soldiers in the hospital that she helped to maintain, and she always had a kind and compassionate spirit about her.

During this time, nursing was hardly respected and barely even recognized as a profession at all. Prior to Ms. Nightingale coming onto the scene, only servants and elderly women would ever be caught taking care of the sick.

Florence’s commitment to nurturing the wounded and her unwavering devotion to helping the sick – despite very dreadful and unsanitary conditions – transformed nursing into the career that it is today. After the war was over, Florence returned to London and helped to establish the first formal nursing school. 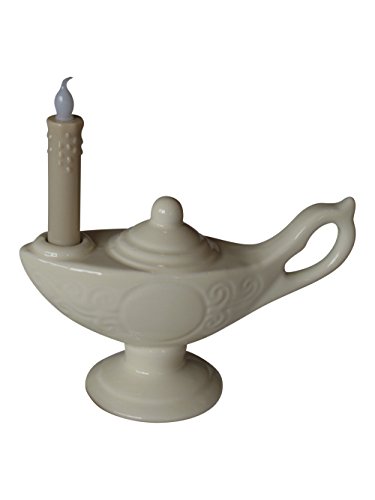 The lamp is an international nurse symbol that is widely known to symbolize Florence Nightingale and her transforming work in the nursing profession. Her lamp became synonymous with goodwill, reliability, and compassion, which are all attributes that are highly desirable in the field of nursing today.

During many pinning ceremonies, new nurses often hold up lamps and recite a nursing pledge, which is another nurse symbol that is associated with Florence Nightingale. The pledge, which is adopted from the physician’s Hippocratic Oath, is based on Florence’s ideologies and promises to be compassionate, uphold a certain code of ethics, and keep patient’s information confidential.

The Caduceus is a nurse symbol that we will all recognize and correlate directly to the nursing field. With two snakes wrapped around a staff, and wings at the top with the letters R on the left and N on the right (to abbreviate for “registered nurse”), the Caduceus of Hermes has its foundation rooted deep in Greek mythology. And as I explain this, I may be bursting some of your bubbles: This symbol has been confused with the symbol of Asclepius. 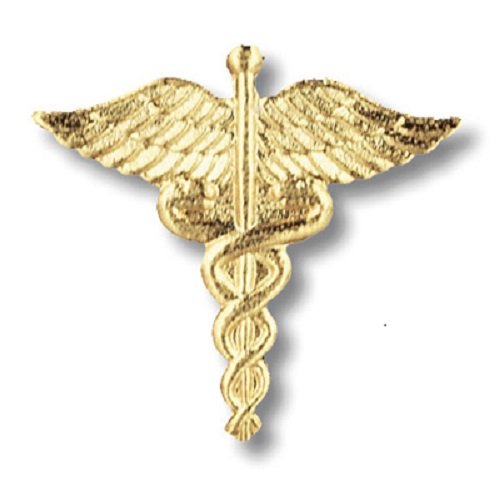 We see our traditional Caduceus of Hermes, which dates all the way back to 2600 BC in Mesopotamia, actually has some very odd meanings, and is also associated with the Roman god Mercury, who is the guide of the dead and the protector of merchants. Hermes was the “god of messengers” and also patron lord of gamblers, thieves, tricksters, and alchemists (hopefully not characteristics we think of when we think of nurses!).

Alchemy became associated with medicine by the start of the seventeenth century, and therefore the Caduceus became the primary symbol for medicine and was adopted by the medical department of the United States Army in 1902. Besides alchemy, the only place that the Caduceus was used to imply medicine was during the seventh century when people utilized astrological principles of the planets and stars to heal the sick.

Only there is one very large problem: here in the United States for the past 115 years, we are using this symbol completely erroneously. In some cases there has been a stretch and the Caduceus is a symbol that correlates to wisdom, but holding with the true meaning of the serpent-entwined-staff with wings, there is truly no medical context to this nurse symbol. So why wasn’t this ever changed? Actually, there is no clear answer to that question. But for whatever reason, we continue to use it to this day to symbolize a registered nurse.

How did we get confused? That’s an easier question to answer, especially as you look at the different symbols, you can see that they are quite similar. 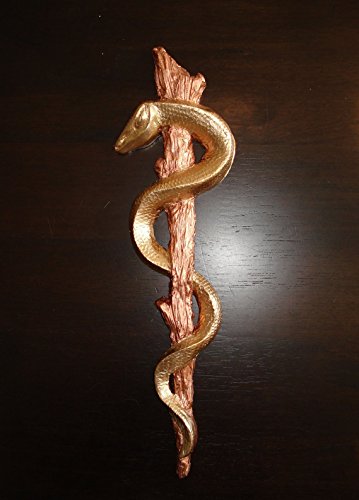 The nursing caduceus may be incorrectly used to symbolize medicine, but it didn’t come from thin air. The rod of Asclepius (single snake around a staff, no wings attached) which is featured on the Star of Life, symbolizes healing. Again using a snake, the serpent sheds its skin and is a symbol of rebirth and fertility. The staff is a symbol of authority and represents the god of medicine. I’ve seen the rod of Asclepius used in medicine frequently, and occasionally even nursing, but it’s not solely a nursing symbol by any means.

While there are several clearly recognizable symbols for nursing like the nurse caduceus, nursing lamp, or Florence  Nightingale, there are other nursing insignia that are commonly associated with the nursing profession.

Nurse Cap – A Nursing Emblem of the Past

Though no longer used in mainstream nursing, the nurse cap is an easily recognized nursing symbol. When I graduated from nursing school (in 2008), the hospital I worked for had only recently stopped paying nurses an extra $0.50 an hour to wear the nurse’s cap.

Although Joy Behar may not agree, nurses and stethoscopes go together like peas and carrots. From cute car vinyl decals to funny nursing shirts, you’ll find the nurse stethoscope as a standard symbol for nurses.

Some people believe that Clara Barton (the founder of the American Red Cross) invented the red cross symbol. This statement is incorrect, though, because this symbol was introduced much before she even joined her first war all the way back in 1859 by a group called the Geneva Convention.

Barton did make it mandatory for medical personnel to wear this sign on their clothing when treating wounded soldiers during wars, such as the Civil War. (it had never been done before, but Barton’s idea was to make them easily visible in battle; something which came in handy later when airplanes were used).

An Understanding of Nursing Symbols

I hope that you have a better understanding of many of the nurse symbols that we have seen for years, but you maybe never quite knew what they meant. Perhaps now you will look at them differently, or with a different level of appreciation. Or maybe you’re still scratching your head and wondering about that darn snake. I wouldn’t blame you.

14 thoughts on “Nurse Symbols: The Origin and the History”