It has been reported, from multiple sources, that the founder of All Nurses, Brian Short, has been involved in an apparent murder-suicide.

The police have not confirmed the victims in the murder, but the home in which they were all found is registered to Brian short. 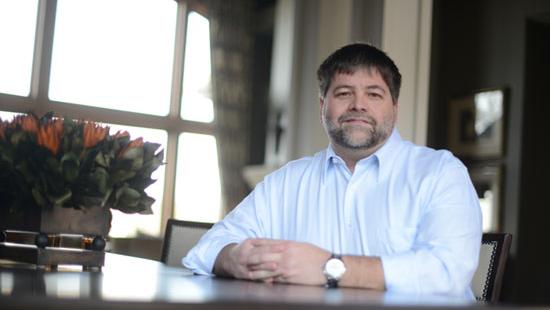 News Articles on the All Nurses Murder-Suicide:

Rest in Peace Brooklyn Short you will be missed. pic.twitter.com/rBrgxZ2Vfb

Brian Short News – from an Admin on AllNurse.com

It is with great regret and a very heavy heart that I have to share some very sad news with you. There is no easy way to say this. We just found out this afternoon that Brian and his family have been killed. The news is calling it an apparent murder-suicide. The details have not yet been released.

No matter what the details are, the results are still the same…..a very tragic loss for the extended families, friends, co-workers, and nursing community.

Please use this thread to post you comments of condolence and gratitude for Brian who created this wonderful nursing community that has benefitted so many.

Horrific Details Emerge On Minnesota Dad Who Killed Wife, Three Kids and Then Turned Gun On Self: Report

One night earlier this week, Brian Short allegedly grabbed a shotgun and headed to the bedrooms of his 17-year-old son, Cole, and daughters, Madison, 15, and Brooklyn, 14, according to The Minneapolis Star Tribune.

Short walked into the first bedroom of the Greenwood, Minnesota, home, and shot his sleeping children, sources with direct knowledge of the investigation reportedly told the newspaper.

Startled by the noise, Short’s wife, Karen, 48, grabbed a cellphone to call 911. But Brian tracked her down in another bedroom and killed her before going into the garage and shot himself, according to paper.

According to court documents obtained by Radar, Short, his company AllNurses.com, and several commenters and employees of the site, were sued by Achieve Test Prep and East Coast Test Prep back in April.

A prominent entrepreneur was found dead along with his wife and three kids inside their lakeside Minnesota home on September 10. Investigators believe that the victims are Brian and Karen Short, as well as their three elementary school age children. The incident happened in the town of Greenwood, about 30 miles west of Minneapolis.

Family of 5 dead in Greenwood home in apparent murder-suicide

The large home, built in 1998, is near Lake Minnetonka’s St. Albans Bay. It last sold in September 2011 for $2 million to husband and wife Brian and Karen Short, according to Hennepin County property records. The couple has three children, a 17-year-old son and two daughters, ages 14 and 15, according to public records. Brian Short founded a highly successful website, AllNurses.com, that provides information and resources for and about the nursing profession. His business is headquartered in Excelsior.

Short and his wife, Karen, are listed as the owners of the Greenwood home in Hennepin County property records, which value the home at $1.75 million. The couple has three children, according to Allnurses.com, Short’s peer-to-peer networking website for nurses.

Hennepin County property databases list the house as registered to Brian and Karen Short. Brian Short is the founder of AllNurses.com, a resource portal for nurses. An online biography at the site said Short lived outside Minneapolis with his wife and three children.

Hennepin County property databases list the house as registered to Brian and Karen Short. Brian Short is the founder of AllNurses.com, a resource portal for nurses. An online biography at the site said Short lived outside Minneapolis with his wife and three children.

Cops have told of finding five people, including three children dead in a luxury home in the tony suburb of Greenwood, Minnesota in a murder suicide pact belonging to Brian and Karen Short.

The dead are Brian Short, his wife and their three children, according to Short’s brother, Robert Short, who confirmed the identities in a text message to MPR News late Thursday afternoon.

Related articles across the web

2 thoughts on “Reported: Founder of All Nurses, Brian Short, in Murder-Suicide”