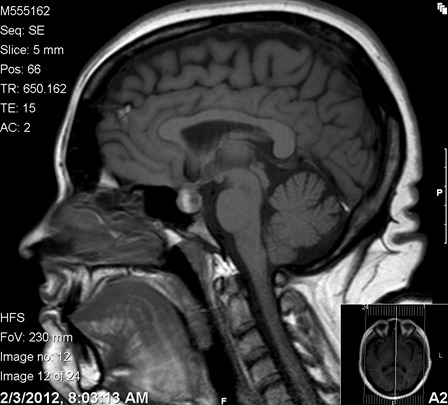 I’ve always been very fortunate to have very few health problems. I was hardly ever sick as a child. The times I was, I recovered quickly. I can count on one hand the number of headaches I’ve had my whole life.

And then there was the headache that wouldn’t quit.

I had a headache that was sitting behind my right eye. I literally felt like if I could just get in there with a scalpel, then maybe I could dig out the pain. It was worse when I laid down. Light and sound didn’t seem to make it worse, like it would with a traditional migraine. Any sort of movement was terrible. If I had to bend over to pick anything up, my head would throb and hurt 10x worse that before. Explaining my level of pain on a scale of 1-10 was interesting. It went something like this.

Well if I am perfectly silly, and am sitting up, it’s about a 3. If I move my head quickly it’s a 10. If I bend over it’s about an 8. If I take ibuprofen or Tylenol and don’t move at all while sitting straight up, it’s still pretty much a 3.

Yep I’m one of those patients/people. I have to dance around the point and tell you a lot of extra details that you could have probably done without, but they make the stories much more entertaining and colorful.

So after a week of dealing with this near constant pain, I saw a neurologist.

After a decadron IM injection to the ventrogluteal muscle, I wanted to kiss my neurologist right on the mouth. I’m not sure how his wife or my husband would have felt about that, but considering the relief he gave me from the pain I was facing, I’m sure I would be given a waiver for my lapse of judgment.

But he thought we both thought it was weird and wanted me to get an MRI within the week.

Two days and $2700 later, they scanned my head and that pretty picture you saw up top is what they found. Except, of course, the x-ray techs don’t/can’t tell you anything.

I found it odd that immediately after sitting up on the MRI table the rad-tech’s question was “When do you see your doctor again?” – “Um Friday.” The Rad-tech “OK. Good.”

I brushed it off, but it did bother me. She just seemed worried when she asked.

Two more days later and I met with my neurologist again.

He brought me into his office to show me the results of my MRI. He showed me the above image and referenced how my pituitary gland was too large. I asked him what that meant. He danced around the words to describe to me what was going on. He said I needed to get another MRI with contrast so they could get a better idea of what was going on, but my pituitary gland was defiantly too large.

“So what is it, like a tumor or something.”

“Yes. But it’s probably benign. If you tell someone it’s a tumor they might think you have cancer. These are rarely ever cancer”

I obtained the MRI results and read for myself what the radiologist thought my my brain mass. Apparently I have a pituitary macroadenoma and has suffered a headache related to something called pituitary apoplexy.

The neurologist referred me to both an endocrinologist and an neurosurgeon. The result was the recommendation to undergo Endoscopic Transsphenoidal Surgery to remove the tumor through my nose.

I was shocked, really.

A friend of work accompanied me to my visit with the neurosurgeon. I was just sure he was going to tell me to watch it and wait.

Instead He tells me that it’s rather large for me to be so young. He tells me that if it grows much larger it could get involved with my carotid artery and they only way he could attempt to remove any of that would be with radiation. (I’m not too keen on the idea of radiation my brain). He also said much larger and it would press on my optic nerve and I could go blind.

He’s performed 1500 of this specific surgery. I’m bless to be so closed to Atlanta and the Emory clinic, but still… it’s my brain. It’s not my guts, or my foot, or an elbow. It’s MY BRAIN.

So of course, I can’t help but worry:

What if he sneezes, pokes through my brain, and then I can’t do matt.

What if he trips over a shoelace and pokes a hole right through my head and I forget how to walk.

And then there is this lovely commercial.

Even though I have an impending brain surgery and the thought my someone digging around in my head is both frightening and surreal.

So I guess it finally struck me today: the irony of the situation, to some extent, that is. My head ain’t right. I always knew I was odd. But the few who have told me “You ain’t right in the head,” usually got a chuckle coupled with a “whatever.”

I guess they were right. A brain tumor definitely isn’t right.

So now I guess I get the opportunity to see healthcare form the other side of the fence. Nurses are notoriously bad patients.

32 thoughts on “Your Head Just Ain’t Right: Coming to Terms with My Tumor”