Apple keeps tight grips on the prices for their products. So tight that one might even suspect that they may have mastered the art of turning coal into diamonds much more quickly than the traditional methods… because their tight… you know…

Ok so there are a few ways to save a little bit of cash when buying an Mac. The article and infographic below are courtesy of dealnews.

If you’re in the market for a Mac, I hope this helps!

dealnews Price Trends: When to Buy a Mac 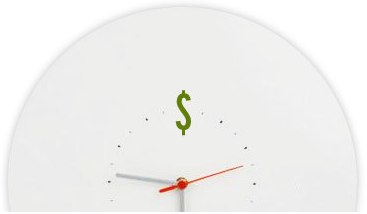 This time around, we have even better news for the Apple faithful, as we’ve noticed that deals on Apple products are happening more quickly and are getting more aggressive. And with the MacBook Pro refresh just around the corner, Apple fans can expect savings shortly after release, with a bit of careful reseller shopping.

But just what kind of deal can you expect and how long should you wait before unwrapping that gleaming slab of aluminum? And how will that first deal compare to the lowest price you’ll get by waiting longer into the model’s product cycle? dealnews has analyzed the last three years’ worth of MacBook Pro deals to find out. And if you don’t need a MacBook Pro, we also tracked deals on the rest of Apple’s product lineup; in the months ahead, when we see refreshes for Apple’s other goods, you can use the information below to strategize when it’s the best time to buy.

Apple’s MacBook Pro line hasn’t been updated since October, so it’s no surprise the Internet is buzzing with rumors of a new, thinner MacBook Air-like redesign. The good news is our dealnews archives show that new model MacBook Pros usually see deals quickly (compared to other Mac products). Furthermore, out of all Mac computers, the MacBook Pro sees the biggest drops in price. The previous generation model saw a $100 discount hours after its debut and the current generation MacBook Pro received a $45 discount two days after its debut. However, whereas the previous gen laptop maxed out at $100 off, the current gen MacBook Pro has seen more aggressive discounts with up to $299 off after just three months.

For buying advice for more Mac products — including the MacBook Air and iPad — see the infographic and data below.

The 11″ MacBook Air has been a runaway success for Apple, replacing the now-defunct white MacBook as Apple’s entry-level machine (if you could call a Core i5-based machine “entry level.”) And shoppers will be glad to know that the 11″ Core i5 MacBook Air is the second most discounted Apple computer, trailing closely behind the MacBook Pro. The current gen Core i5 11″ MacBook Air received a $49 discount on the same day it debuted on July 20. (That’s a day faster than the Core 2 Duo MacBook Air.) Four months later it hit an unprecedented low of $850, which is $29 lower than the best deal on the previous-gen MacBook Air (released in October 2010). And the best part: we saw generous discounts on the 11″ Core i5 MacBook Air from multiple retailers including Best Buy and Amazon.

iMac 21.5″ — Current Model, Released in May 2011
Like the MacBook Pro, Apple’s iMac line is due for a refresh. However, unlike Apple’s laptops, it pays to wait a little longer before buying an iMac, as the current generation 21.5″ iMac received a $94 discount just a week after its debut. It then hit its all-time low ($144 off) seven months later.

The iPod touch is one of the most discounted Apple items around. Major retailers like Amazon, Target, Best Buy, and MacMall discount the ubiquitous MP3 player throughout the year. The current-gen iPod touch 8GB player received a modest $6 discount eight days after its debut. Then in October of 2011, Apple announced the white iPod touch and slashed the starting price to $199. (However, we had already seen the black iPod touch for as low as $185 prior to Apple’s price cut.) It wasn’t until November of 2011 that the fourth generation iPod touch hit its all-time low ($83 off) during the week of Black Friday.

iPhone — Current Model (iPhone 4S), Released in October 2011
Prior to this year finding a deal on a new, just-released iPhone was nearly impossible. However, theiPhone 4S has changed that game, as it received an $11 discount from Walmart 11 days after its debut, which was a first for any iPhone. Two months later Fry’s took $31 off all in-store iPhone 4S purchases. 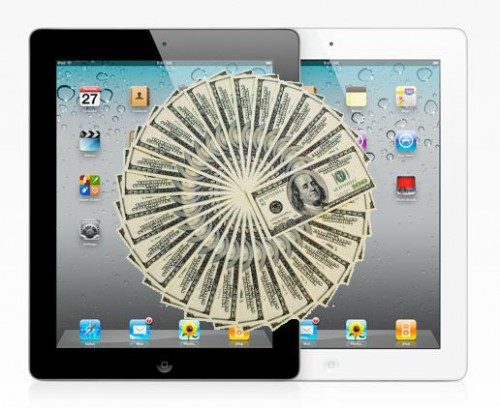 It took 11 months for the original iPad to see its first deal. By contrast, the iPad 2 saw its first deal (a modest $10 off) just three months after its release. However, despite those bleak numbers, the iPad 2 has received the biggest discount of any Apple product, dropping a hefty 28% in price. The catch: that discount didn’t occur until the announcement of the new iPad, and was partially encouraged by the retail price drop on the second gen device (from $499 to $399); on the same day Tim Cook unveiled the new iPad, we saw a deal on the iPad 2 at an all-time low of $360. However, before that, we saw a surprising number of price cuts around the 6-month mark that took up to $50 off, and then February — right before the refresh — saw a deal take $70 off.

Although we would have predicted waiting at least three months for a modest discount on the recently-released new iPad, and then at least six to 12 months for more aggressive deals, we surprisingly saw a deal last week that took a full $40 off; it was extremely short lived, lasting barely a half hour, but it may signal even quicker deals on the iPad this time around; to catch them, however, you’ll need an email alert to jump on the discounts as soon as possible.

The first and most important thing you can do to save money on new Apple products is not purchase them from Apple; otherwise, you’ll never see significant deals. Rather, we recommend hitting the authorized resellers for discounts and promotions. As far as how long you should wait, that all depends on what product you’re purchasing. That first deal could come as quickly as a few hours or as slow as a week.

However, we recommend being patient and waiting at least for that initial deal, if not the best price later down the road. Sure, you won’t be the first on your block with the latest Apple toy, but you’ll have more cash in your wallet and the comfort in knowing you didn’t pay full price.

2 thoughts on “When to Buy a Mac [Infographic]”