Fifty-Six Year-Old to Give 25 Year-Old Her Uterus 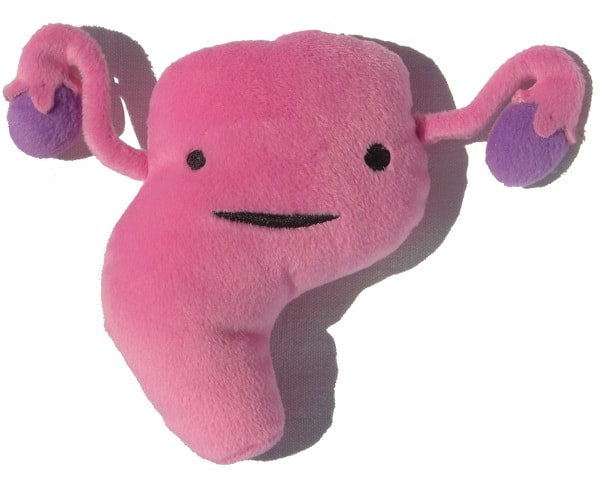 Mother ’s love their children deeply and often spend their entire life giving to them. They begin with giving them life, then love, and then the nourishment needed to survive and grow into adulthood. They gift them knowledge and patience. They give selflessly and actively their entire lives.

However, a mother only gets an opportunity to give their child the ultimate gift, the gift of life. But that is not the case for Eva Osstoson, the 56-year old is agreeing to take part in a trial group for a revolutionary procedure to transplant her uterus into her 25-year-old daughter, Sara. By doing so, Eva would be giving her child the ability to give the gift of life.

It is not uncommon for parents to donate organs, blood, marrow or other various organic substances to their children, but a uterus is a bit of a different beast. For some, the psychological implications are too much to bare. If you combine that with the increased risk of this elective procedure, because of the highly vascularized nature of the uterus, then it’s success would mean big things for the medical community as well as women with fertility problems everywhere.

Sara has a condition called Mayer Rokitansky Kuster Hauser (MRKH) syndrome. This condition, which affects some 1 in 5,000 people, has left Sara without her uterus and some parts of her vagina. This, of course, makes it impossible for her to carry children on her own.

Unfortunately, the cause of MRKH is unknown, and most women are unaware of the challenges they may face with reproduction until they are teenagers and experience issues with menstruation and other pubescent milestones. It is an issue that many do not discuss and suffer the emotional distress silently. The inability to bear children is an intense emotional challenge that can make many feels like incomplete and less of a woman. It’s painful and tragic for the women faced with the burden.

Thankfully, mom is happy to help her daughter fulfill her dream of becoming a parent stating: “She needs the womb and if I’m the best donor for her … well, go on. She needs it more than me. I’ve had two daughters, so it’s served me well.

If the transplant is successful, Sara plans to have her eggs harvested, fertilized by her boyfriend’s sperm, and them implanted into her newly acquired womb.

It should be noted that this is not the first attempt at transplanting a womb. In 2000, a woman in Saudi Arabia received a transplanted womb, but it had to be removed after 99 days due to complications. However, since then the medical knowledge and technology related to this procedure have grown by leaps and bounds and a team in Gothenburg, Sweden as confident that they can perform this with success.

However, it will not be without it’s challenges. According to Dr. Mat Brannstrom, the leader of the medical team in Sweden, a womb transplant is a highly complex operation. It is more difficult than transplanting another organ, like a kidney. To begin with, the surgery requires working in an awkward area inside the body. It’s not like operating on a kidney, or other organs that are easily accessible, it like working “in a funnel”. Also, to avoid hemorrhage, the blood vessels to connect the uterus must be attached properly and supply blood flow to ensure a successful transplant.

This does not even begin to take into account the potential moral and ethical dilemmas that the patients and medical providers involved are going to have to combat.

Sara doesn’t appear to be concerned about psychological implications of carrying her child in the womb in which she was carried. According to her: “I haven’t thought about that. I’m a biology teacher, and it’s just an organ like any other organ. But my mum did ask me about this. She said ‘isn’t it weird?’ And my answer is no. I’m more worried that my mum is going to have a big operation.

So for Sara at least, there is nothing “weird” about it. But if the transplant is a success, and a child is born, it will certainly be an interesting conversation that takes place when mother tells her offspring that technically she and grandma brought him/her into this world.

This revolutionary medical procedure is anticipated to take place as early as next spring. Sara and her mom are members of a small group selected as candidates for the womb transplant study. They have undergone tests and are currently waiting to see if they will the first complete this highly anticipated medical procedure.

Article first published as Fifty-Six Year-Old to Give 25 Year-Old Her Uterus on Technorati.

8 thoughts on “Uterus Transplant: Sharing Your Womb With Your Child?”