No matter what your spiritual believes are, there is no denying that sometimes the “impossible” happens. We are surprised with something wonderful and greatly hoped for. We want it badly, but we often assume that whatever our miracle is, it may not come to be. But sometimes it does.

There are no rationales for miracles.

Miracles are scary and abnormal and don’t fit the standards. Miracles don’t play well with evidence based practice. Miracles are not of scientific and factual. Miracles are perplexing and extroidinary things.

Miracles dumbfound highly educated surgeons and their staff and they find them hard to believe.

I was fortunate enough to receive a miracle in my life.

I was diagnosed with a pituitary macroadenoma requiring a Transsphenoidal Surgery in order to avoid potential involvement with my carotid artery and prevent blindness. But before a surgeon could remove it, my brain tumor vanished. No trace. Not even a hint of the pituitary apoplexy that had appeared on the MRI scan just 2 months before.

But because these things almost never happen, there was no repeat scan done just prior to my surgery. Tumors just don’t disappear… at least not usually and apparently not often enough for my surgeon to find merit in doing a repeat scan just prior to surgery.

I was bless by something spectacular and prayer and hope removed something  from my body without medical intervention. 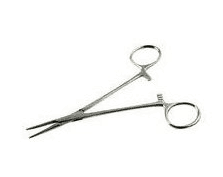 But my dear surgeon was not impressed enough with a miracle happening. It wasn’t enough for my tumor to be gone without the need for clipping, scraping, suctioning, and probing around in my brain.

No. I was on the table and they’d already carved a hole in my skull, and he was going to do some probing and scraping. The heck with the fact there was no tumor to remove. His reputation was on the line you know, and I was an unconscious test subject for him to take advantage of.

He probed around and then decided to “biopsy” something that was ultimately normal tissue. In eagerness to fix me, he broke me. He tore a hole in the sac that holds my brain and created a cerebrospinal fluid leak (CSF). This extended a 3 day hospital stay to a 7 day stay. It also increased my risk for infection as well as  increased the risk for more problems long-term with my endocrine system. (Which came to fruition with a trip back to the emergency room… another blog post for another day)

It took me days to get a grasp on what exactly the surgeon had done. I repeatedly asked my family members what exactly the surgeon had told them. I saw him only once after my surgeon in the 7 days of haze, nausea, and pain that was my stay in the hospital. When I asked him what happened he chuckled and said “the tumor was gone…” I believe he said something else, but I was too drugged and too upset to remember.

He found humor in my unneeded MAJOR surgery and didn’t even have the decency to make sure I fully understood what had occurred.

His extra probing is what I am most annoyed about.

It would seem that if you are performing surgery specifically to remove a brain tumor, and when you get inside there is no brain tumor, you’d stop, right?

You wouldn’t dig around for your own satisfaction. You already knew it wasn’t cancerous, so you  don’t need to look for anything else.

He extra time in my head lead to the CSF leak which made for the most miserable 7 days of my life.

I had to have a lumbar drain inserted to relieve the pressure of the CSF. If I wanted to lift my head off the bed at all I had to call a nurse to clamp the drain or else my brain my squeeze through the holes in my skull. (And that lovely gem came straight from the mouth of one of my nurses to another nurse… that really comforted me. Let me tell ya)

Not only that, anytime I did get up, I was plagued with projective vomiting, an extreme headache, and more dizziness than I ever thought possible.

Then came the hallucinations.

The only tolerable part of the entire experience were the hallucinations.

For 7 days I waded in and out of a world of my imagination. And let me tell ya, if the content of my hallucinations are an indication of anything, than I am a weirdo for sure.

I should write about them, but it might be just a little too strange for this little corner of the web.

My favorite one lasted for several days. In this hallucination, the brain tumor was all part of an elaborate plot to get me to the hospital to inject nanobots into me for a secret experiment. These nanobots were basically just wifi signals because it gave me the ability to have instance connection to all information online. I was like a super human computer. The midst of this hallucination I found myself battling whether the nurses were in on it. Was it a dream or was it real? It seemed so tangible at the time.

I thank myself for having a vivid imagination. It was the only thing about this entire ordeal that was the least bit entertaining or enjoyable.

As for you probe happy surgeons with the inability to believe in miracles: shame on you.

15 thoughts on “The Case of the Vanishing Brain Tumor”