It has given me confidence when I had lost it as a nurse. It has given me strength where none existed before. Times where I have felt alone and without anyone talk to, twitter was always there. It has given me the ability to just get it out, say, heck even shout it,  when there is something I need to say and no one to say it to. Too often we hold things inside that we may need to say, for fear of consequences. We don’t want to be judged. We don’t want to upset anyone. But social media is difference.

When speaking of social media, I’m primarily referencing twitter. There is just something about those 140 characters and the ability for the world to see what you potentially have to say that is both empowering and humbling all at the same time.

Twitter has brought me more opportunities through the connections I have made. I have made friends with people who I would have never encountered in “real life”. I have traveled to Vegas, had the ability to test great new gadgets and technology, and making friendships with people who embody the good that is left in this world. It’s been amazing.

People I know in the flesh that don’t use twitter do not understand it. I get that. I myself joked about it absurdity initially.

Why on earth would anyone want Facebook status updates and nothing else?

The connections. I am friends with people on twitter that I wish I knew in real life. We share common interests rather than just common geography. I am friends with people on Facebook who just happen to know me, but probably could care-less if we share a common interest. Perhaps I am just suffering from being a Big-Fish in a Small-Pond, but people I have made some very real friends on twitter and there is always someone, somewhere, reading.

But I also want to touch on the fact that twitter can be a great forum for social issues. We can connect with other people, and have our eyes opened to issues that we may never have realized before.

@dahliamoon1 is one of those people. 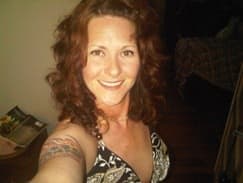 My husband originally introduced her to me on twitter after some insanely comical banter they had been having. Her jovial nature and her smiling photograph would have you assume she lives a perfectly happy, healthy, and fulfilled life. But she doesn’t. And it’s not from lack of effort, laziness, or the entitlement that so many Americans suffer from these days.

No. Her story is a tragedy of. A freak accident followed by snubbing from big business and social services. If she were 18, unmarried, and pregnant, she would have all the aid she would ever need: free healthcare, free food, free housing, free money –  heck they’ll ever come and get you and drive you to your doctor’s appointments. And after the baby is born, well they’ll give you formula to feed them, so don’t bother with that pesky breast-feeding. We wouldn’t want you to be inconvenienced while you aren’t working or anything. 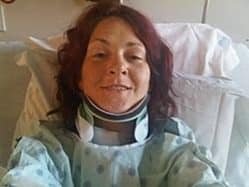 But not, on her blog Big Business… Big Trouble, Alicia describes something that saddens me greatly. Because she doesn’t fall into certain criteria, there is little to no aid for her if a tragedy befalls hers. And even though she has worked and supported herself her whole life, she is thrown to the wolves when something happens beyond her control.

This is wrong. We punish people who work hard and reward those who do little. You can read about her tragedy, and the lack of help she has been given here:

My Plea To All That Want to Make a Difference!!!

Please, if you can help her, please reach out to her.

I am inspired by her witty and charming demeanor despite obvious real problems that affect her daily. We need to reward a positive attitude and hard work, not punish it.

So Alicia, for what it’s worth, I think you’re a Rock Star!

2 thoughts on “Social Media: It’s All About Making a Connection With People”