A recent article from Toledo Blade discusses how a UTMC nurse tossed out kidney, and ruined it.

The story is tragic. A man wished to donate his kidney to his older sister. After it was surgically removed from the donor, it was misplaced. For over an hour no one knew the whereabouts of the missing kidney. It was finally discovered in medical waste and was determined to be unusable. The doctors involved decided with the family that it would be best to no go forward with transplanting said kidney.

The loss of the kidney is tragic. But luckily the patient has a high chance of finding a compatible donor and no lives were lost. However, something else tragic has occurred in this care.

A nurse was blamed for the botched procedure.

The Toledo-Lucas County health commissioner gave confirmation  that a nurse accidently threw out the kidney. “One of the kidney doctors talked to me,” Dr. Grossman said. “He said it had to do with one of the nurses disposing of the kidney improperly. He didn’t try to hide anything from us.” 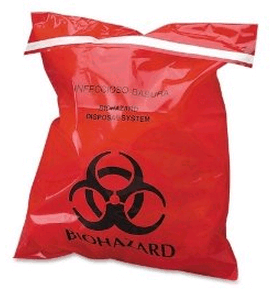 What’s disturbing about this is that “one of the doctors” hand over 2 nurses on a silver platter to the court of public opinion.

While the evidence in this incident is not available, revealing information like this to the public is a terrible stab at the nursing profession.

Considering that there were 16,816 kidney transplants last year, it’s a sigh of relief to read that this sort of incident is thought to be a one-of-a-kind ordeal.

The article mentioned above calls out the suspected nurses by name and notes that they were suspended with pay. But one has to wonder what type of turmoil this public discussion could have on their lives and careers. The post is already flooded with facebook responses. Some of them even identify themselves as nurses who work for the hospital mentioned. (This is a HUGE social media mistake!)

One nurse simply questions “What are we doing wrong?”

A political commentary adds snark and politics to the situation. This comment no doubt a pun on the “You didn’t build that” statements that president Barack Obama made recently.

One comments that nurses “would rather tear out their own kidneys with their bare hands” than have this happen to a patient.

One insightful commenter discusses the possibility that the nurses are short staff and stressed. Could this be a potential factor in the loss of the kidney?

A generalization about how nurses aren’t competent.

The donor transplant program at University of Toledo Medical Center has been temporarily halted while they investigate their process. But with a $2 million grant waiting in the wings, this suspension likely will be short.

This event needs to be deeply investigated and used as a learning experience. When capable facilities are unable to perform transplants, people could lose their lives.

“As of Aug. 17, there were 2,688 people in Ohio waiting for a kidney and 92,841 people waiting nationwide.” And those kidneys aren’t going to transplant themselves.

Still, it’s upsetting that 2 nurses were called out and blame completely placed upon them without the full investigating being complete. The entire team is at fault for this potentially deadly mistake, and it’s disturbing to read that nurses are instantly being hung out to dry.

What are your thoughts on this incident?

Do you think it is appropriate for the nurses to be named in the article?

Have you ever know a nurse that was public blamed for a medical error?

How did they deal with it?