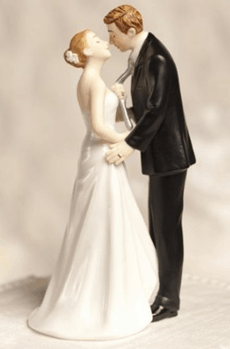 Whenever I’m asked to define a unique trait or some sort of trivia about myself I seem to always forget one of the the most interesting conversation starters I have: My Husband Took My Last Name. It’s funny because when I tell people this I can never quite predict what type of response people will have. The type of response usually depends on the amount of time that person has known me, but they are all interesting and worthy of remembering.

I remember when my husband and I were getting married we tossed around ideas of what we would do about our names. Sometimes we discussed combining both of our names into some zombie-Frankenstein monster of a last name. Sometimes we discussed my taking of his name. But a few times he said that he would just take my name. There where many times where both of us just wondered what does a last name mean anyway?

As time progressed and the wedding date drew closer he begin mentioning his name change more frequently than mine. Jokingly at firs and increasing in sincerity and honesty as time went on.

There were also personal reasons. My father was the only male in his family and I was his only child. The Wilson name would die with with me. It’s not like there aren’t boatloads and boatloads of Wilsons, but not mine. Heck there are even a few Brittney Wilsons floating around. But I felt like I was letting my dad down.

My husband had a troubled relationship with his father. There were times where his dad even questioned openly whether he was my husbands father by blood and it cut like a knife each time. He told me stories of his father’s drunken episodes and of the many childhood beatings he had received. Even though he spoke with his father he could never completely forgive him for what he had done to him as a child. He has no fond memories of his family name and had no desire to pass it on to another generation.

When we went to apply for our marriage license I asked him “What do you want me to do?” He replied “Keep your name. It means something to you. Mine doesn’t mean anything and there needs to be at least one more generation of your Wilson’s in the world.” 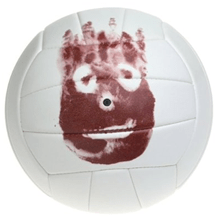 So my husband took my last name. The name of my father, and a man he looks up to. The name of a leather company who produces fine leather goods. The name of a volley ball that Tom Hanks befriended in the movie Castaway.

Boy was the court clerk almost appalled when we told her he was taking my last name. “There isn’t a field for that on that form!” To which I replied “You’re going to have to write it in because it’s 2008 and this woman’s prerogative to have my husband take my last name.” So she did. Everything was typed, except for the last name for him. “I don’t know if the judge will approve this,” she said. “We’ll he better unless he wants a civil rights case on his hands.” She huffed and walked away.

We were married in a church. The social security office and the DMV changed his name without batting an eye.

8 thoughts on “My Husband Took My Last Name”