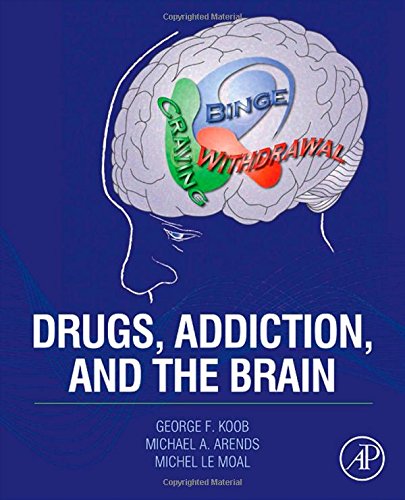 What are Opioid Drugs?

Although the National Institute on Drug Abuse indicates that heroin usage has remained fairly steady, as of 2011, illicit drug usage, including prescription opioids, is on the rise in Michigan and the rest of the United States. Illicit drug use is highest among individuals in their late teens through late twenties. The National Institute on Drug abuse also reports marked increases in illicit drug usage among individuals in their fifties.

One type of neurotransmitter is a substance called endorphin, a natural painkiller that your body releases in times of stress.

When endorphin sits on the receptor, it produces a slight euphoria and reduces sensitivity to pain. Opioid drugs have the same shape as the endorphin neurotransmitter and fit easily into the endorphin receptors in the brain.

When a person takes an opiate, it produces the same euphoria as endorphin, only much stronger, followed by a warm, relaxed feeling. Opioids are also central nervous system depressants; they slow breathing, relax muscles, and lower blood pressure, causing alternating periods of drowsiness and wakefulness. In cases of overdose, a person could stop breathing or go into cardiac arrest.

Opioids are several times stronger than your body’s naturally-occurring endorphin, which is why they cause such an intense initial high. However, the drug’s high potency also causes an interesting phenomenon  — in an effort to protect itself from a chemical overload, your brain actually reduces the number of endorphin receptors. Additionally, because these drugs so closely resemble natural endorphin, as long as you continue to use your body
will stop making its own endorphin.

The combination of the reduced number of receptors and the body no longer making endorphin is what creates the dependency and addiction. Often addicts no longer achieve the same high, and have to take the drugs several times a day, at very high doses, just to prevent withdrawal.

Living with someone addicted to alcohol, drugs or suffering from another addiction can be difficult. Even just remaining their friend is hard, but there are ways to help them seek help for their addiction. Here are a few ways you can help someone dealing with an addiction.

Before you can do anything else, it’s important to understand the addiction they are struggling with. Each person and addiction is different and there are different ways to describe addiction, in general. The disease model is one of the more accurate descriptions and can help you understand how addiction works.

Setting boundaries can be difficult, but it’s an important part of helping someone addicted to alcohol, drugs or anything else. An example of setting a boundary is communicating that you don’t want to be around the person if they are drunk or high. This will be difficult because you might hurt their feelings, but it’s necessary if you really want to help the person.

Informal intervention can be very powerful and this is a way of confronting the person. Just mentioning a website, phone number, or other resources as a way to get more information about the help available could be the difference. You may not think it will help, but sometimes informally talking to the person about seeking help is what sparks them to look into the different options.

The statistics don’t lie. According to the Substance Abuse and Mental Health Services Administration (SAMHSA), more than 24 million US residents suffer from drug addiction, but only 10% receive help from a professional facility. Addiction kills over 20,000 people in the United States every year and the rates of people admitting to addiction have skyrocketed by 500% over the past 20 years.

Over 40% of those seeking treatment successfully complete the program they choose. However, about half of those completing their program will relapse, but if an individual doesn’t enter into a treatment program, they are more likely to continue using. Less than 1% of addicts using self-treatment options successfully kick the habit.

When someone you know is addicted to drugs, alcohol or anything else, you can help them. Make sure, when they are ready, you help them find the right treatment for their needs and don’t forget about the aftercare program. Those entering into an aftercare program are more likely to stay sober because of the support it provides when they transition back into everyday life.

Addicts will experience a variety of symptoms when withdrawing from opioid drugs. Because the addict no longer makes his own endorphin, the early symptoms of withdrawal include anxiety, muscle aches and increased sensitivity to pain. If the addict continues to go without, he will also experience insomnia and sweating as well as abdominal cramps with diarrhea, nausea, and vomiting. For some addicts, the withdrawal symptoms are so severe that they rarely stop using cold turkey. Many addicts use inpatient or outpatient drug rehabilitation programs to get clean.

The most common way to treat opioid addiction is with drugs that resemble the body’s natural endorphins, called opioid blockers. The purpose is to relieve the withdrawal symptoms without the narcotic effects. Over time, the patient takes progressively smaller doses until the body starts making its own endorphins again, and the addict is no longer dependent on the drug.

Methadone, which has been used as an opioid-blocker for over 30 years remains a common aid in recovery. Whether you are seeking the best Drug Rehabilitation Michigan facility or anywhere else in the US, use of methadone is a common practice.

In recent years, buprenorphine and naltrexone were also introduced as alternative therapies. Buprenorphine is considered more effective than methadone because it produces fewer withdrawal symptoms when patients discontinue the therapy. However, some individuals do not respond well to buprenorphine and still need to use methadone.

Naltrexone, while effective, tends to have low patient compliance. This is due in part to the fact that patients must first fully detox from heroin starting this therapy. With Methadone and buprenorphine, patients can begin therapy even if they have recently used heroin. Naltrexone is generally used in clinical/inpatient settings where a patient can safely detox and go through the initial stages of withdrawal before starting the Naltrexone program.

A fourth drug, naloxone, is a fast-acting opioid blocker that helps “push” opioids off the cell receptors. It is primarily used to treat overdoses.

2 thoughts on “Help for Opioid Addiction and Recovery”