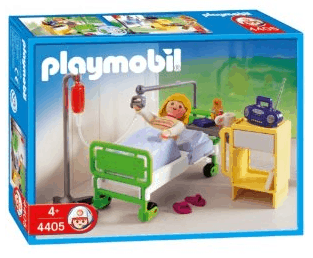 Recently I was hospitalized for a week in a large university hospital. In those 7 days only one of my nurses spoke English as a first language. The rest of the nurses had thick accents. I couldn’t pinpoint where exactly, but Haitian if I had to guess. Their accents made it difficult for me to understand them. I also noticed they often seemed to have difficulty understanding me. It was no uncommon for me to have to rephrase my questions or requests in order to get a response from them that was appropriate. Even after rephrasing my questions, their most common answer was “I’ll have to ask to doctor.”

The last thing I was is a nurse that can’t speak for themselves. And the questions I had were ones they could have easily answered.

If it wasn’t already enough that I was experiencing pain, anxiety, stress, and all the other emotional tolls that go with a hospitalization, I also had to face nurses who just did not seem to understand me. Their dialogues and responses seemed preprogrammed. It was almost as if they were reading from a teleprompter. The would carefully make sure to mention each medication and what it was for but if I asked to wait a while on it, or asked for clarification on the schedule of it, they were caught off guard and often had to leave the room to ask for help.

I once requested pain medication 15 minutes before it was available. The nurse simply refused to comply. When I tried to explain to her that by the time she went and got it and documented on it, it would be 15 minutes, she just didn’t understand. “I can’t take it out of the machine until 11:20. It will look like I gave it early.” The time you give medication is not based upon when you pull it from the accudose, but based upon when you document it was given. She just did not understand this. It was as if literally the words didn’t compute.

And they likely didn’t.

The nursing care they provided to me seemed mechanical. Their touch seemed cold, methodical, and routine. They did nothing to improve the bleakness of the hospital room that was my prison for a week.

I felt like I had traveled to a foreign country to receive medical care. I felt like I was a monkey in a cage being prodded occasionally, fed, and examined. It felt so inhumane. I might as well have been a dog in a kennel. But even dogs get pet every once in a while.

I have never worked with foreign nurses. Not that I have anything against foreign nurses, but when an entire hospital is packed to the brim with them, it just seems suspicious to me. Why aren’t any native born nurses working there? Are they travel nurses? Are the willing to work for less? Has the hospitals culture ran the other nurses off?

It’s not as if there are no nurses available to work these jobs. The nursing shortage, while impacting in some areas, is not impacting in mine. We have colleges that pump them out. So it just puzzles me that there were so many foreign nurses.

I get some many emails from new graduates that are so eager to work and cannot find employment. Why are we recruiting from abroad so heavily?

20 thoughts on “Foreign Nurses: A Language Barrier to Care”