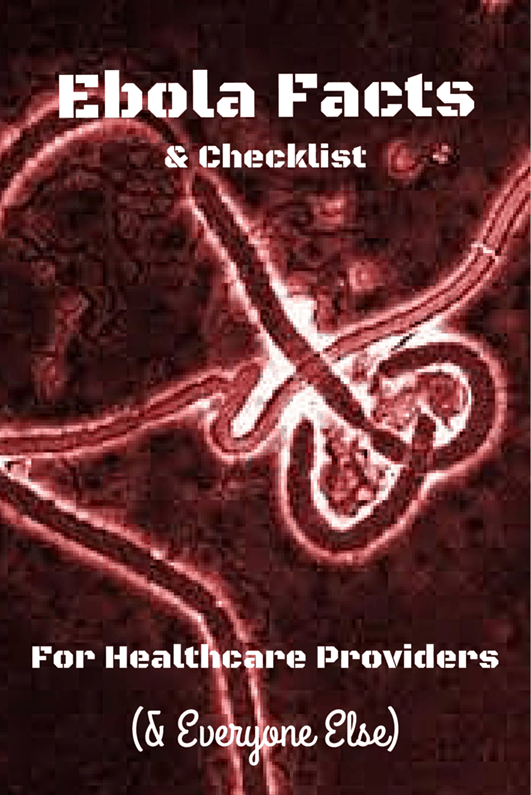 The Ebola situation has many in the United States at panic levels. We’ve already had several patients with Ebola on U.S. soil. We’ve already already had a death caused by Ebola. The media is spreading panic and is doing a terrible job at informing the public of any real facts.

Mistakes have been made in this Ebola epidemic. For example, the hospital that released the Ebola patient stated the they did so because of a problem related to an EHR, but they later recanted. While I didn’t see it directly called out in the article I read about it, I’m almost positive that they’re blaming it on a nurse that didn’t tell a doctor. Others have hinted at it, and nurses almost always take the blame for any mistakes like this. But we shouldn’t.

The fact of the matter is that all healthcare providers need to be on their toes when it comes to Ebola and every member of the healthcare team needs to follow basic screening recommendations. Not just nurses!

I want you all to be informed about Ebola, whether you are a nurse or not. This information matters.

Facts about Ebola in the United States

Signs and symptoms of Ebola

According to the CDC, a person infected with Ebola is not contagious until symptoms appear. Signs and symptoms typically include a fever of more than 101.5, severe headache, muscle pain, vomiting, diarrhea, stomach pain and unexplained bleeding or bruising. Symptoms may appear anywhere from two to 21 days after exposure to Ebola with the average being eight to 10 days.

For more information about the Ebola virus, visit aaaasf.org.