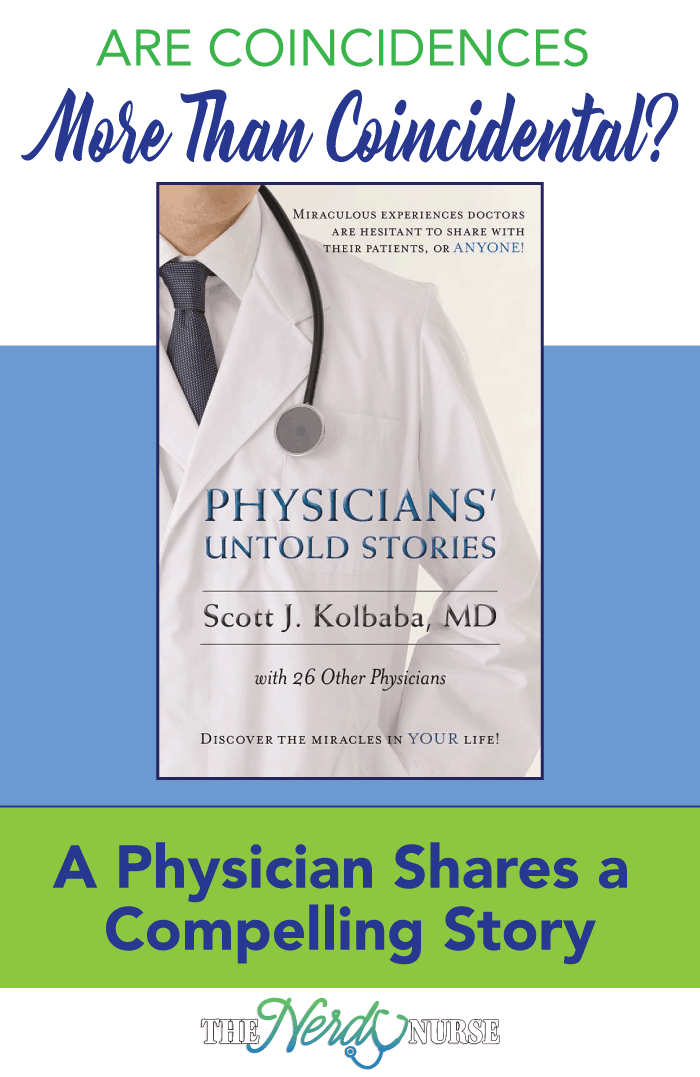 Have you ever had a moment where you were pondering a problem when suddenly an announcer on the radio started to discuss some approaches to that very dilemma. My wife, Joan, who is more attuned to spiritual matters, was sewing at home when she suddenly had to jump into her car and hurry to the grade school where my son, Nathan, was just being led to the nursing station with a severe asthma attack. 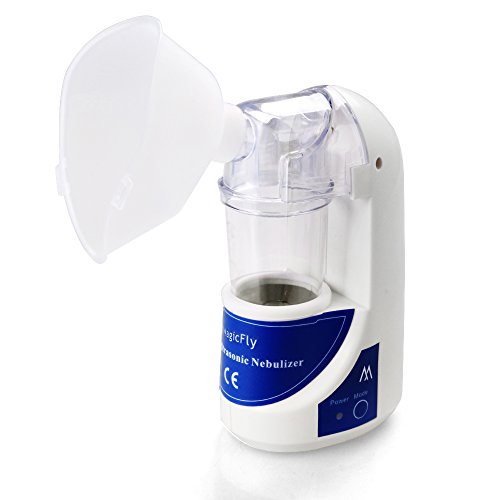 Just yesterday I was going through a desk drawer looking for a schedule when a scrap of paper literally popped out of the drawer. Written on the paper was the name of my old college roommate and his phone number which I had recorded on that yellowed sheet many years before. We had lost contact with each other in the press of everyday life but I felt an urgency to contact him. When I did, I quickly learned why. He was suffering from cancer and his chemotherapy had just stopped working. I learned that he needed to talk seriously with a trusted old friend and physician about his options. Do coincidences like these happen in our daily lives more frequently than we might realize?

My interest in this topic was sparked several years ago on a beautiful vacation day with my family in Cape Cod, Massachusetts. That night something out of the ordinary touched my soul and started a journey that would ultimately lead to the publication of a book, Physicians’ Untold Stories, Miraculous Experiences Physicians’ Are Hesitant To Share With Their Patients, Or ANYONE!

A Message from a Pie

I have seven children, yes, seven, and I sometimes wonder where they all came from. But I wouldn’t give up any one of them (at least most of the time). One of my great joys in life is to get together with the entire family on vacation. Several years ago we were in our favorite place, Cape Cod, where we know the best beaches, clam shacks and places to stay. We had rented a modest yellow shake shingled home, and we were all together enjoying the sunset on the most perfect of days. 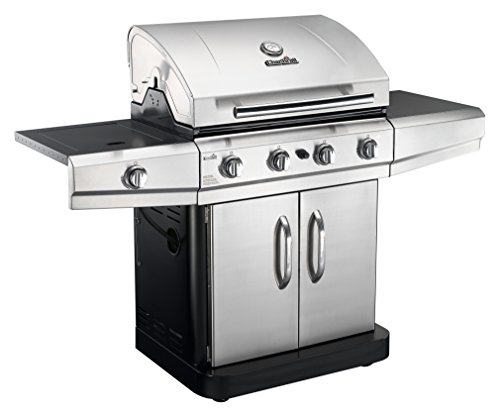 My older boys were cooking swordfish steaks on the grill, the girls were sitting laughing and chatting, the kids were exploring the yard for any moving creatures and other treasures. There’s not much more in life I could ask for. The memory of my mother was on my mind off and on all day. We lost her several years before to the complications of multiple sclerosis. How she would have loved to spend time with her special family on a day like this when we were all together.

It was earlier in the day that my boys and I went shopping for dinner. At the store, we saw a large stack of cherry pies and picked four for our dessert that night. That brought up the topic of the best pies that we had ever eaten, and, hands down, it was the rhubarb pie that my mother would make from the lone rhubarb plant in our back yard. I would organize a raiding party consisting of myself and our children that would sneak into the kitchen with spoons in hand and eat the warm pie right out of the pan! I wondered, if my mother were still alive, if she would have rhubarb pie for us this night. 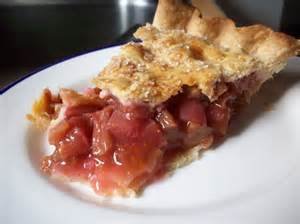 It was an amazing evening under the stars sharing stories and truly enjoying each other’s company. When we were ready for dessert my wife pulled out our cherry pies. I sat down, ready to dig in and took my first bite. I had chills up and down my back, because the box said cherry, but the pie I was eating was unquestionably rhubarb!

I know that there are many possible explanations for such a coincidence. Perhaps at the bakery they could have substituted rhubarb for cherry by accident. But, to me, I know there was, that night, the presence of someone who had passed before, now sharing a most special evening with her family.

“Thanks, mom, for letting me know!” I said quietly to myself with a tear in my eye.

An Urge for an Unconventional Order

After this, I became more aware of other unusual coincidences in my life. The next came quicker than I expected. One of the patients in my internal medicine practice called urgently from Louisiana where he had developed severe right upper abdominal pain. I advised him to go to the emergency room since it sounded like a classic gallbladder attack. All of their tests were normal including a gallbladder ultrasound. Once he was back home, I saw him in my office and ordered some additional blood tests as well as a special liver and gallbladder scan. Again, everything came back normal. His pain continued, and I became increasingly concerned and frustrated.

Then it happened. I woke up in the morning knowing he needed a lung scan. It really didn’t make any sense. He was suffering from undiagnosed abdominal pain, not chest or lung pain, but I couldn’t shake the thought. I called him at 7:00 am before my morning rounds to tell him he needed to get a lung scan. I am usually not that direct, but I felt an overwhelming sense of urgency. My patient replied that he would be flying out that very afternoon to Denver and could not go for any tests that day. I asked if he would consider it if I could get the scan in before noon. Reluctantly he agreed. I felt relieved and called the radiology department directly. This is something my nurse would typically do, and I asked to get a CT contrast study of the chest before noon. The scheduler had a good laugh since they were booked for the week, but my silence on the other end of the line was enough for them to say, “Send him right over.” 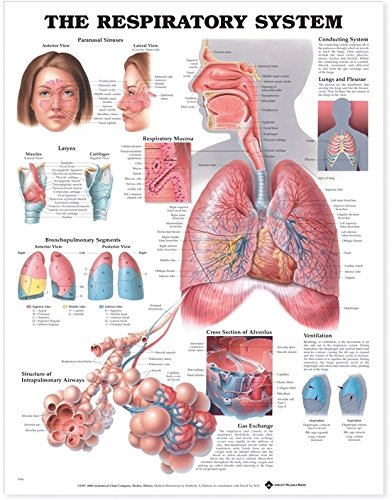 After calling my patient and letting him know, I felt a bit strange putting so much emphasis on a study I had difficulty believing was indicated. That was until I heard back from the radiologist two hours later. He told me my patient had a massive pulmonary embolus in his right lung near the diaphragm, which was probably why he had such abdominal pain and not chest pain. The call to order the lung scan may have saved his life. I felt weak-kneed. Had my patient flown out and had another blood clot, it may very well have been fatal. I immediately admitted him from the radiology department to the intensive care step-down unit. We discovered a hereditary clotting disorder which predisposed him to pulmonary emboli. He is now on lifelong blood thinners and doing well.

After this experience, I became convinced that this was more than a mere coincidence, and I began to ask my physician friends if they ever had similar experiences. Many had personal stories to tell that defied scientific explanation, and I felt compelled to write them down. Physicians’ Untold Stories was born, featuring ordinary doctors in private practice who experienced or witnessed events that could not be explained by anything we learned in medical school. Through these many stories and my own personal experiences, I became convinced that many coincidences might really be considered divine intervention in our lives.

Get Your Copy of Physician’s Untold Stories 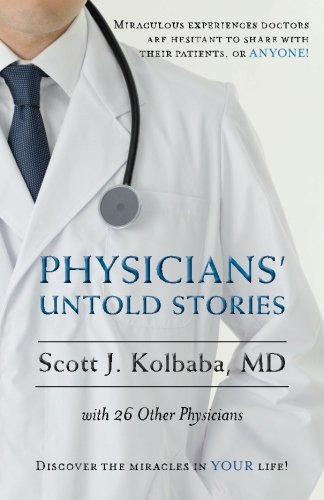 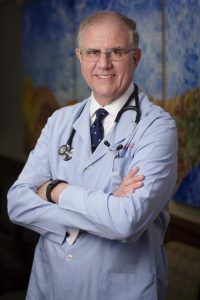 Scott J Kolbaba MD is an internist in private practice in Wheaton, Illinois. He graduated from the University of Illinois College of Medicine with honors and did his residency at Rush Presbyterian-Saint Lukes Medical Center in Chicago and at the Mayo Clinic in Rochester, Minnesota. He has been awarded membership in the Alpha Omega Alpha Honor Medical Society and has been featured in Chicago magazine as a “Top Doctor” in internal medicine. Read more about Physicians’ Untold Stories or pick up your copy today.

1 thought on “Are Coincidences More Than Coincidental? A Physician Shares a Compelling Story”