An article discussing the CEO salaries of Midwest hospitals was interesting to me for several reasons. In the article Nonprofit hospital CEO salaries in the Midwest: Who’s on top?. Randall O’Donnell who is the CEO at Children’s Mercy Hospital and Clinics; Kansas City, Missouri, makes a cool $6 million a year.

That’s a $6 million salary at an organization that is nonprofit. The organization may be called a nonprofit, but the CEO certainly ain’t going hungry.

And finally I thought:

So let’s examine the scenario of the CEO taking a pay cut and getting a pitiful $1 million annual salary.

How many nurses could that hospital employ for 1 year on $5 million? 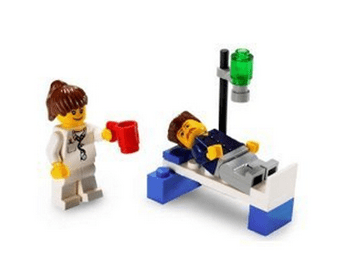 the average nurses annual salary is $65,000 a year in Kansas City, MO

. Simply Hired puts it at

How many nurses with a salary of $55,150 annually could be hired for $5 million?

At least 90 nurses could feed their family and help to provide better patient care if the hospital CEO didn’t need to $6 million annually to stay put.

Here are the rest of the salaries reported in the article.

Via Medcity News: Nonprofit hospital CEO salaries in the Midwest: Who’s on top?

Let us not forget that nonprofits usually receive sizeable donations to help fund their facilities. And of course they eagerly accept them. But $6 million a year for a CEO responsible for running a hospital? Really?

Personally, I think $6 million could be use much more responsibly to run a hospital.

Where do you think the money should be spent in nonprofits? CEO pockets or on more nurses to better staff the units?